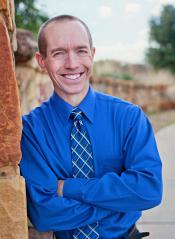 Christopher has played a critical role in shaping the National Fatherhood Initiative’s focus as the leading provider of fatherhood skill-building resources in the country and the leading trainer of practitioners seeking to offer fatherhood programs in their communities. In his long tenure with the organization, he has been the foremost developer of its fatherhood programs and capacity-building workshops.

Christopher has authored or co-authored flagship National Fatherhood Initiative programs such as 24/7 Dad® and InsideOut Dad®; its more recent, innovative programs such as Understanding Dad™; and many capacity-building workshops, brochures, pocket guides and other skill-building materials. An applied anthropologist and author of several journal articles and book chapters on issues related to child health and well-being, he has studied masculinity cross culturally, especially as it applies to fatherhood and men's health and well-being. Christopher has appeared as a fatherhood expert in media outlets, including the L.A. Times, The New York Times, Nick Jr. Magazine and CNN.

Sign up to stay current with the latest FRPN news and events.